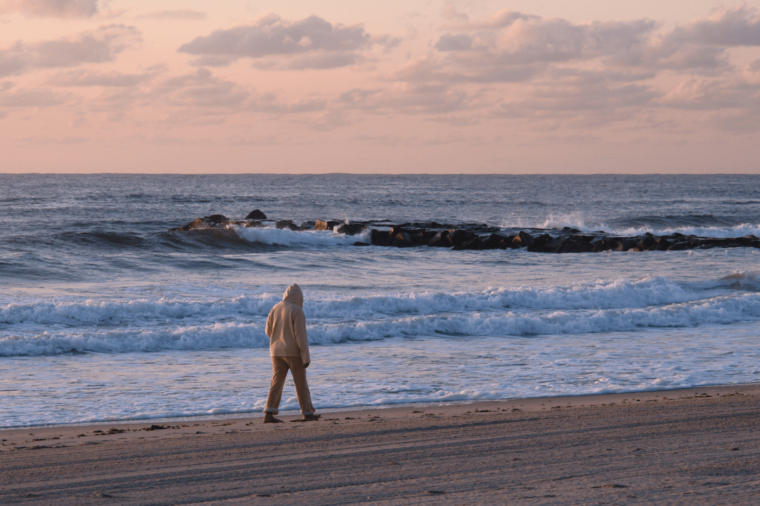 She normally had the beach to herself. She always woke up long before daylight, a habit honed from necessity rather than preference. While others slept, she enjoyed the calm before the chaos of the day began. Long before the sunburns and the sandcastles, before the frisbees flew and kites fluttered, she walked, scanning the Atlantic tide as it rippled up onto the beach.

She had never been to the ocean before in her five decades of life. She most enjoyed scooping shells out of the surf. She walked at an even pace with a hunter’s stare fixed on the water lapping at her feet. She was well accustomed to finding value in the people and things the world discarded. For this reason she was drawn to the tiny, beautiful shells that the ocean abandoned on the sand.

She waited patiently, sifting through the sea debris. She didn’t grab for every shell that tumbled onto the shore but selected deliberately. When we all gathered to look over our aquatic souvenirs in the evenings, it was hard to believe that we had all been on the same beach. She had found and redeemed things from the ocean’s periphery that the rest of us had never even seen.

Life also has a periphery, where people are washed up after plan A and plan B have both failed. It’s where freshly rejected people, still in disbelief that their marriage has ended find themselves. It’s where children with unsteady parents try to survive. It’s where drunks dry out. A place for unrefined folk, whose rough edges rub society the wrong way. You might find yourself here if you married too early or stayed single for too long. If civilian life no longer makes sense after a senseless war, the periphery offers a place out of the blinding glare of judgmental eyes.

It’s lonely on the edges of life, unseen and unwanted. There, we tumble from day to day in hopes that someone will find value in us and thereby teach us how to value ourselves. It was in these waves of human debris, that the same small and fragile seeming lady waded patiently. Her eyes searching, seeing things others couldn’t see. Some thought her a hard woman, but that’s just because she not only searched the periphery for lives to salvage but had lived there herself.

She would stoop down into the life of a child and offer a kind word and a smile. It was always the child most in need and least familiar with encouragement. She sought out the invisible. The abused and broken. Her compass pointed her to nursing home rooms that rarely received visitors. She had a natural ability to collect those that the world had discarded.

I imagine that we’ll gather together again one day, and that it will be hard to imagine that we had walked the same earth. She will have found treasures and beauty in people and places the rest of us hadn’t even seen.